On September 8, we celebrated the launch of our latest tool, MeisterNote. But this is only the start. Having added the finishing touches over the last weeks, we are now welcoming new teams to the software every single day. MeisterNote redefines the way users think about online documentation: a product that brings beauty, functionality and collaborative potential to written information. Read on to discover our MeisterNote story and find out just how we managed to drive innovation in a market dominated by established players. 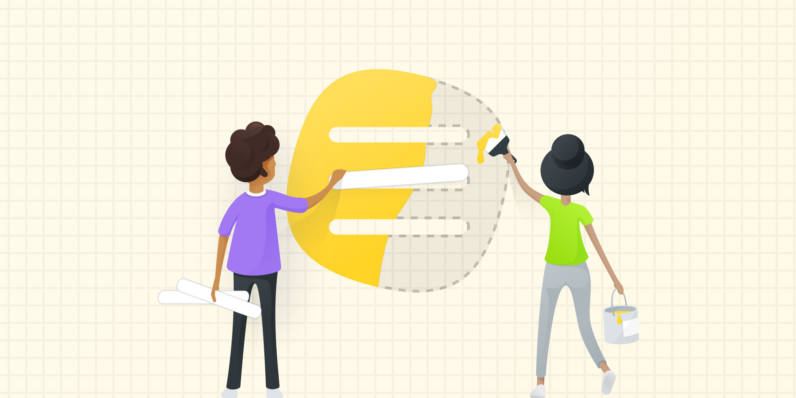 The birth of MeisterNote was an intense development process that involved the professional (and emotional) investment of almost the entire Meister team. But it was worth it. Together, we’ve created an online documentation tool which helps users manage knowledge bases, internal communication and project documentation in a beautiful, user-friendly interface. Intuitive and powerful, with extraordinary collaborative features, we are revolutionizing online documentation, one note at a time.

Where did the idea for MeisterNote come from? With our existing mind mapping and task management tools, users could already manage ideation and execution within the Meister Suite. However, we realized that our users would benefit from adding documentation and note taking to the picture. MeisterNote is an online documentation software that supports the further expansion of ideas formulated in mind maps and projects that run in our task management tool. 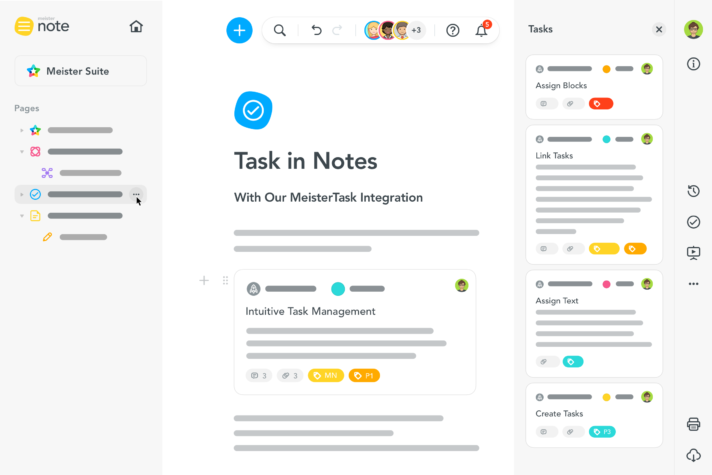 Notably, MeisterNote didn’t only evolve from these tools on a conceptual level. The team used the development of the existing tools to build a framework for creating the new one. “MeisterNote was born from the lessons learned in MindMeister and MeisterTask”, says Tech Lead Mladen Jokanovic.

Let Your Ideas Flow in MeisterNote.

With the concept in mind, a timeline began to form. Co-Founders Michael Hollauf and Till Vollmer had already talked about the potential for a Meister online documentation tool as early as 2018. However, it took some time for the official project to begin. With user numbers for MindMeister and MeisterTask booming, priority still lay with perfecting our two existing tools.

Then, a breakthrough. In 2019, Meister’s Head of Infrastructure Andrei Moldovan took initiative and approached our Front-End Lead Michael Ostermann, asking if he’d work with him to get MeisterNote off the ground. After a little convincing (and a bottle of beer or two), Michael agreed.

By January 2020, the team had started working on MeisterNote full time: Andrei as de facto project manager, Michael working on front-end development, and Mladen working on back-end. They began with a six week prototyping phase in which they explored which features they could build within the given timeframe. During these early stages of development, the team was given complete freedom, which allowed them to explore their own potential as engineers.

Fueled by talent and passion, these three just started building. Then, after a long and gruelling process – which Mladen and Michael say turned them from boys into men – MeisterNote was dragged kicking and screaming into the world.

In March, Andrei, Mladen and Michael were ready to present the findings of their prototyping phase to the wider development team. The reception was good. In fact, Front-End Developer Vid Topolovec was so inspired by the presentation, that he asked to join the group. However, this pride of young lions needed their lioness. To answer the call of the wild, Product Marketing Manager Mara Münzing joined to oversee marketing, product management and design. More importantly, Mara was able to assert herself on the team, bringing much-needed organization and sharpening the team’s commercial focus.

Towards the end of 2020, the team shuffled the deck once more. To optimize productivity, Andrei handed responsibility to Mladen as the father of the family, choosing to focus on DevOps full time. To strengthen the team further, Bogdan Iordache joined as Software Tester and Cagin Cecen as Fullstack Developer.

From the start, the project team was determined that MeisterNote would be so much more than just a notepad. The tool would support workplace collaboration, productivity and transparency, complementing the existing products in the Meister Suite. The Meister motto – work beautifully together – was central to MeisterNote’s philosophy. Via smooth integration, our tools are designed to facilitate an outstanding professional dynamic and provide seamless end-to-end workflow management for our customers and their teams. 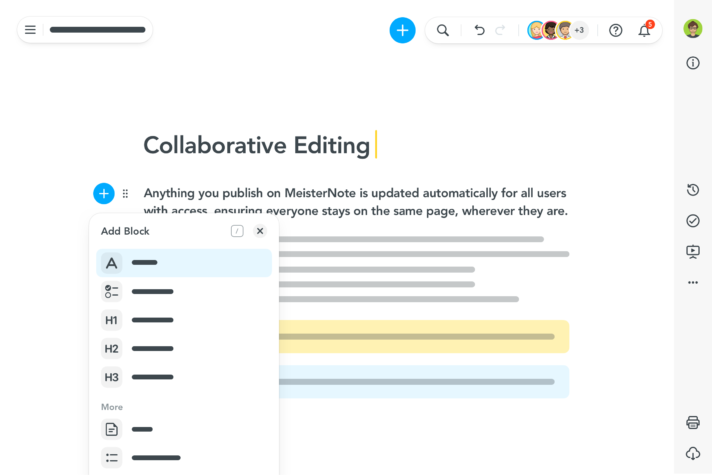 Collaboration was the first pillar of feature development. The team saw it as critical that multiple users could read, edit, and write on a single document at once. As MeisterNote developed, comments, mentions and emojis were added to facilitate smoother communication between collaborators within a single note. These features would support more efficient internal communication and help teams overcome the challenges of remote work. 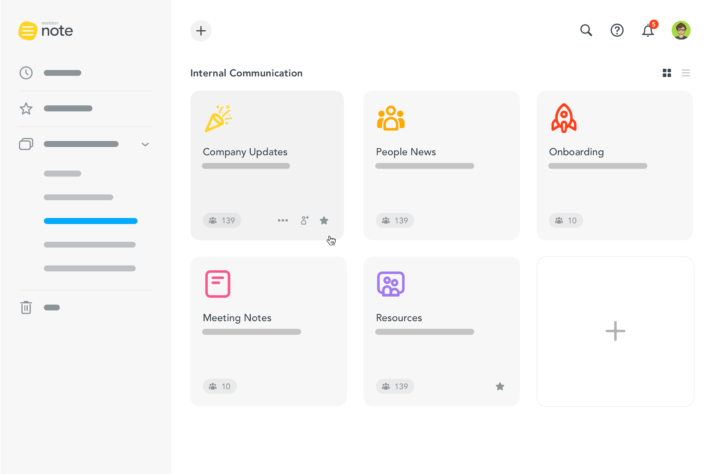 In the early stages of product development, possibilities for functionality are limitless. However, as Mara grew into her role, she began to consider what was needed to make MeisterNote stand out in a crowded ecosystem of online documentation tools: Notion, Evernote, et al. The answer: stick to what Meister does best. 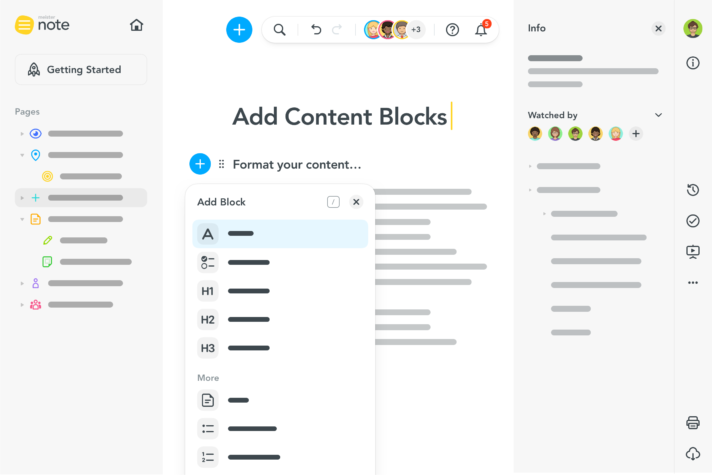 If you use MindMeister or MeisterTask, then you know how important the balance between  intuitive features and usability is to the identity of our brand. To be a “true” Meister product, MeisterNote had to preserve the same equilibrium. With this in mind, the team began to formulate a feature set that would inspire people to create beautiful collaborative documentation while maintaining a minimalist philosophy that focuses on executing only the most important features, but  perfectly.

Features for Every Use Case.

MeisterNote: Write Where You Want It.

Co-Founder Michael Hollauf is convinced that sleek, standalone tools can have a greater impact than an all-in-one solution:

During the private beta phase, we extensively tested MeisterNote in all our departments, not only to identify technical issues but also to refine the tool’s use cases. We found that some use cases, such as project documentation, are important to almost all sectors. Throughout the development of MeisterNote, our engineers enhanced productivity and communication by simply using their own tool. 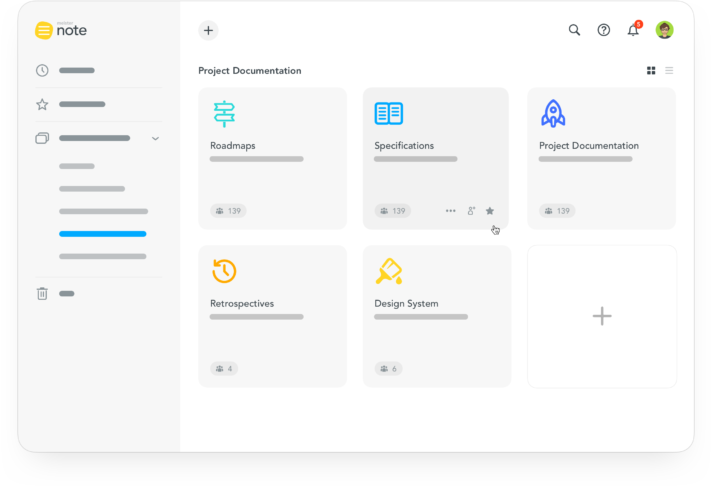 It’s not just us! Take a look at the Diocese of Essen MeisterNote success story on our website for more information on the benefits of knowledge bases.

Before launching MeisterNote, we thoroughly tested it in a wide-ranging public beta. During this phase, the team carefully documented user feedback (guess with what), assessed it, and implemented a number of key changes. Notably, version history, embeddables and templates were all user-driven features. We want to thank you for your contribution to MeisterNote – your feedback was invaluable. If you still have something to say, it’s never too late, just click the feedback button in the bottom right corner of MeisterNote to share your thoughts.

Though MeisterNote was developing into an excellent tool, the marketing department still needed to work hard to spread the word and engage potential users. Adopting the tool ourselves really helped with this, since we learned first-hand how MeisterNote could be implemented by other teams. During the marketing stage, Mara and Content Marketing Lead Thomas George spent countless hours collating information on the key use cases, making attractive, informative resources within MeisterNote ahead of its launch. 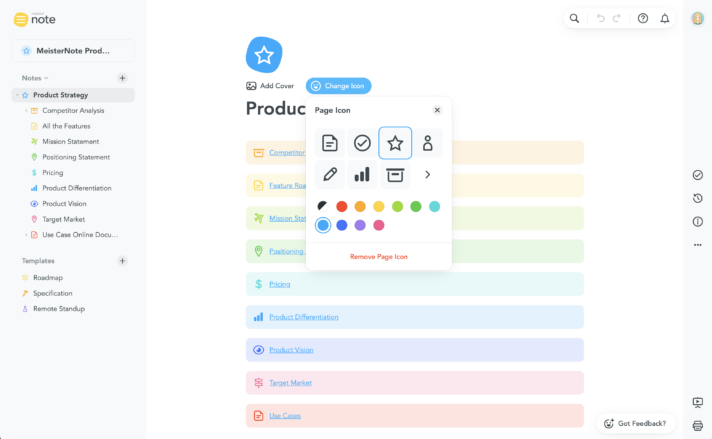 For Mara, the most important thing she learned was that a respectful and open team culture is incredibly powerful. Thomas was even more effusive: “The link between the vision (product marketing management) and the execution (content marketing) is incredibly well defined. Mara and I work instinctively together, because we trust each other to do the right thing. She is a genius, but more than anything, the magic is in the way the whole MeisterNote team works together. We care for each other, we want each other to do well, and when the product was launched, there were a lot of damp eyes because we could see what it meant to us all.”

Having worked together and built something wonderful, our team launched MeisterNote on September 8. Using the tool streamlined development, and from our own experience and extensive user feedback, we could be confident that our product functioned exceptionally.

So, what about the team that started it all? When discussing his favorite memories of MeisterNote, Andrei was pensive.

He added that everybody in the team wanted to build exactly this, a documentation tool which gets the fundamentals 100% right.

We’re proud of everyone who worked on MeisterNote, and we hope we’ve impressed you with our motivated, talented and enterprising team. But our work hasn’t stopped. As MeisterNote finds its place at the heart of workflows for users around the world, we’re still here to look after it, improve it, and develop it in tune with your needs and requests.

We hope you love using MeisterNote as much as we enjoyed making it. If you need any help, take a look at our help center, onboarding videos and best practices blog.

Write With The Right Tool.

Miša is one of Meister's Content Writers. She likes the color blue, skateboarding and anglerfish.